Don’t focus on category strength: how to really assess a hurricane’s destructive force

We are happy to share with you some insights from insurance industry experts on what outlaying factors need to be taken into consideration when predicting windstorm destruction. The windstorm season in the Gulf of Mexico and Caribbean is now in full swing, albeit we count ourselves as lucky to not have had any hurricanes form in the Western Atlantic.

Hurricanes kill and destroy livelihoods. But anyone only relying on the category strength of an oncoming hurricane to decide what action to take could be making a costly mistake, say Zurich’s experts on extreme weather events.

Hurricane Michael was initially assessed as a Category 4 hurricane then upgraded to Category 5 when it made landfall in Florida in October 2018. Its strong winds and the rising seas they whipped up – known as storm surge – predictably obliterated part of the coast. Yet Hurricane Florence caused almost as much damage as Michael despite being classified a lowly Category 1 when it reached the coast of the Carolinas a month earlier in September.

“The discrepancy that we often see between the category of a hurricane and its destructive power is down to the way the Saffir-Simpson categories are defined,” Stalder explains. “The categories are based on wind speed, yet wind speed is just one of many ways in which hurricanes can cause damage.”

Category 4 and 5 hurricanes are terrifyingly destructive storms, but large, wet, slow Category 1 and tropical storms like Hurricane Florence that result in torrential rainfall and flooding can be just as destructive and deadly. 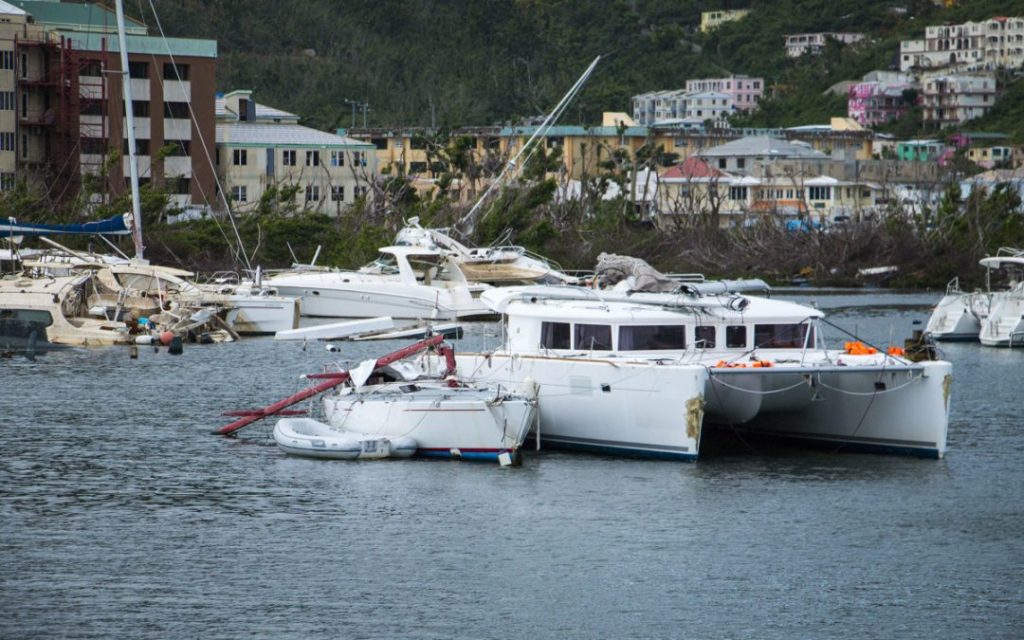 What to look out for

Across the insurance industry, approximately 80 percent of Michael’s damage was due to wind, according to Graf, whereas wind was responsible for just 20 percent of the damage done by Florence. Several other factors explain why Florence was so destructive:

Factors besides these ones can also come into play, Graf explains, as seen when Superstorm Sandy hit the U.S. coast in 2012. Although not even strong enough to be classed as a hurricane, Sandy turned out to be one of the most destructive storms ever due to unprecedented storm surge. This was due to a rare constellation of factors that included pressure, high tide and even the phase of the moon, Graf says.

“Understanding the impact of a hurricane requires complex models,” he says. “We use inputs from at least seven companies and complement these with our own Zurich View of catastrophe modeling. These models are regularly updated as scientific research and every hurricane bring new findings.”

When faced with an oncoming hurricane, actively seek out information from weather channels and other sources about the potential area of impact, duration of the storm, and rainfall totals. And don’t just rely on the media’s reporting of the category strength to base your preparation or evacuation plans.

Your insurers will more than likely be able to provide you with support during this anxious time, and advice on how best to prepare for a hurricane or what relocation precautions you can take. Knowing whether or not you are covered for windstorm damage is also vital. We always recommend to read through your policy documentation, and if in doubt either ask your insurer or look into getting quotes to place your insurance with a new company that cover exactly what you need.