Round the Island Race – what to look forward to? 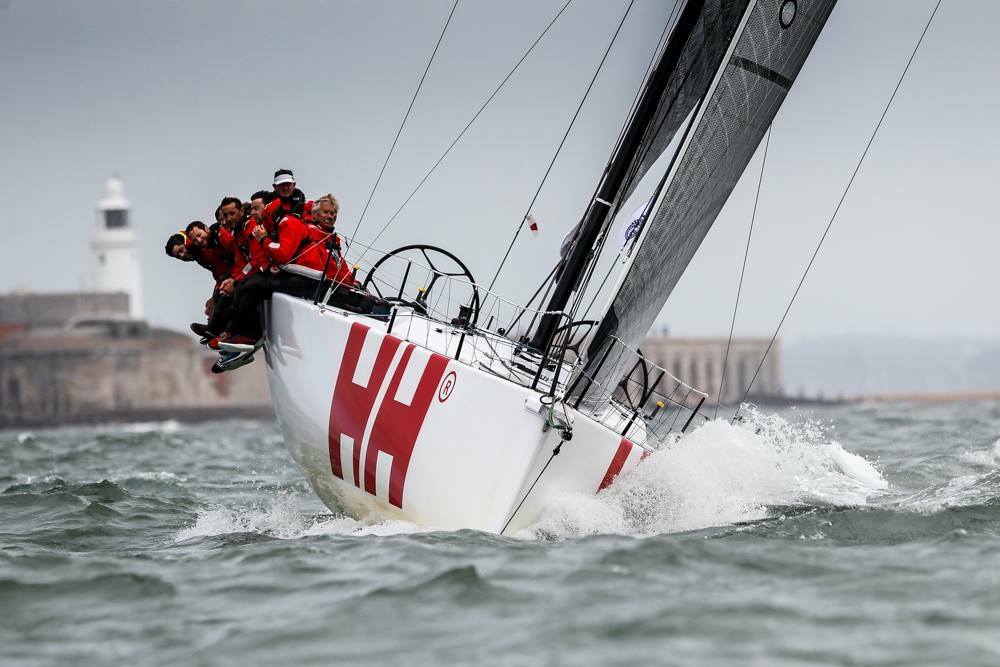 The proverbial cobwebs are being blown off, the sails come out of storage, everyone on the crew list is getting a text message and the ensign is being replaced by the class burgee. This can only mean that it’s time for the annual Round the Island Race, and we are here to provide you with a full guide of what to expect.

A day before entries close, there are just over 1,200 yachts entered into the historic race that circumnavigates the Isle of Wight and has been a staple race in the European events calendar since the 1930s. Whilst the race was inaugurated by a member of the Island Sailing Club who wanted to host a race that catered for the smaller yachts, say between 5 and 25 tons. Since then, the race has grown from 25 entries to nearly 50 times that, and along with it the fondness of Cowes as a race venue spreads. The days of just going sailing are in the past, and skippers, crew and spectators all gather in the spectacular Island village for mid and apres-racing entertainments. 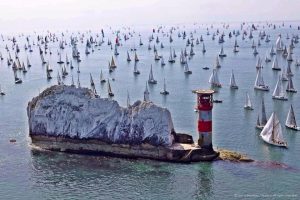 The parade village is open from 11am on Friday, the day before racing, for everyone who is keen to get a slice of the action. Whilst there will be ongoing live music and acts to entertain the crowds, the watering hole for most sailors will undoubtedly end up being at the Pier View Yacht Club – also known as the Pier View pub.

Whilst the race may start and finish just off the spectacular Cowes waterfront, the real treats for spectators can be found further afield. Following the anti-clockwise rotation of the fleet around the island proves beautiful views off the Needles Fairway, St. Katherines Lighthouse and Bembridge ledge, with a backdrop filled with the multi coloured sails of one of the most competitive events in the calendar. Whilst the roads prove to be easy access once you are on the island, the real trend if the weather plays along is always to cycle around the island. You will be able to keep up with the middle to faster end of the fleet, whilst taking in the fresh air of the island. Not to mention the great pubs along the way for a refreshment. 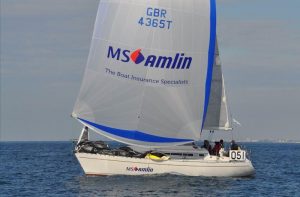 The sailing is organised by the Island Sailing Club with the thanks of their sponsors MS Amlin, Helly Hansen and Raymarine. All of these are leading brands in the marine industry, and we would highly recommend completing the free quotation form on our website to get a quote from MS Amlin and the other top insurers in the market. The Helly Hansen clothing is also quickly becoming the market leader, with their recent take-over of Musto Clothing. The brand now has the expertise with in their ranks and have created the best waterproof functional clothing for sailors. We are excited to have partnered with them in the past, and we know their stall at Round the Island Race will be the place to stop by and pick up an official event polo shirt or jacket to style you out for the rest of the season. In addition to Helly Hansen, there are numerous sailing clothing shops up and down the high street, where seasonal promotions and discounts will be sure to tickle everyone’s fancy, whilst strolling along with an ice cream and spotting the next lunch stop.

Raymarine fill up the latest spot in the event sponsors, being the biggest player in marine electronics at the moment. They are however up against the stiff competition of the likes of Sailmon, B&G and Garmin.