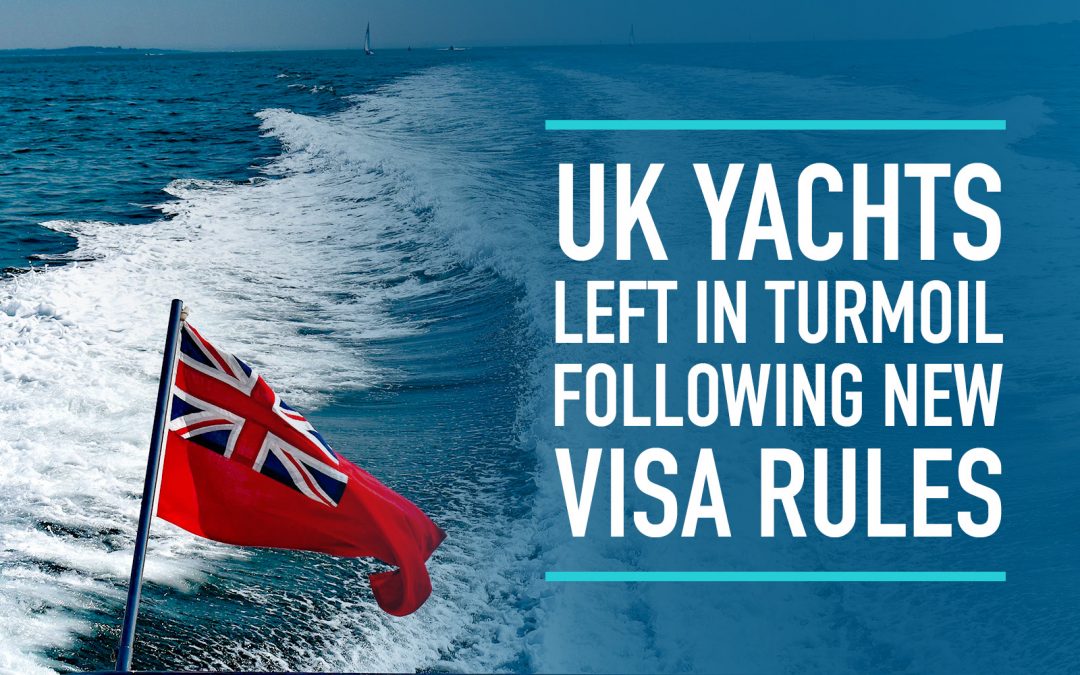 It’s no surprise that EU and UK relations are constantly being tested, however the impact of specific agreements has not hit as close to home as the new rules surrounding visa’s for visiting yachtsmen and yachtswomen.

In stark contrast to most other rules agreed between the bloc and the EU, the rule dictating what length of visas for yachties wanting to cross the border is not reciprocal. EU sailors are currently allowed 180 days in the UK whilst UK sailors are only permitted a 90 day visa.

This has sparked outrage by many cruisers in the UK who, irrespective of how they voted on the referendum, have a great deal to lose by not being able to follow through on their European cruising plans. The Cruising Association is currently behind a lobby of both EU and UK governments to come together for talks on how the impact can be reduced to British yachties cruising in EU waters.

With overstaying in the EU being prone to severe fines, Sir Robin Knox-Johnston has spoken out publicly to call on leaders to agree a simple like for like rule that would extend the freedom to what is estimated as around 30,000 yacht owners with their boats currently in EU waters.

‘We are delighted to welcome visiting EU yachtsmen but we want equality. This is not what we expected from Brexit. It is unfair and resented and it particularly effects the 30,000 British sailors who currently keep their boats within EU waters,’ he wrote.

Whilst no one expected a smooth transition out of the EU in the 11th hour of negotiations in December 2020, it is disappointing to see the interests of yacht owners being overlooked. The Cruising Association has been continuously looking out for the interests of their members, however with the Covid Pandemic at the forefront of Downing Street, it is easy to see why the reciprocal 180 day visa topic has taken a back seat.

One possible solution that the Cruising Association are working towards is visa agreements with individual countries. These ‘cruising visas’ are expected to be separate to the Schengen visa that currently applies, and would allow yachtsmen and yachtswomen to cruise an individual nation’s waters for up to 180 days. The discussions are expected to start with Netherlands, Greece, Spain and Portugal shortly, providing an incentive for the respective countries to open up further tourism opportunities with the agreement.

Find the best insurance for you Today!
Complete our 2 minute form and get your Yacht Insurance quotes now!
Start Now